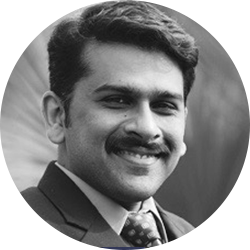 Deputy Executive Editor at CNNNews 18. Mr. Upadhyay hosts the popular primetime show on the channel called 'The Big Debate'. His little personal philosophy for his work is: to humanise every story he does & every debate he hosts. He also feels that those journalists who hide behind the comfort of neutrality, balance & objectivity are doing great disservice. His personal brand of journalism is modelled around being on the side of someone who is a victim of injustice - if he has to take sides, he does. Journalism for him cannot be like water - tasteless, colourless and odourless.